What are whole food supplements? 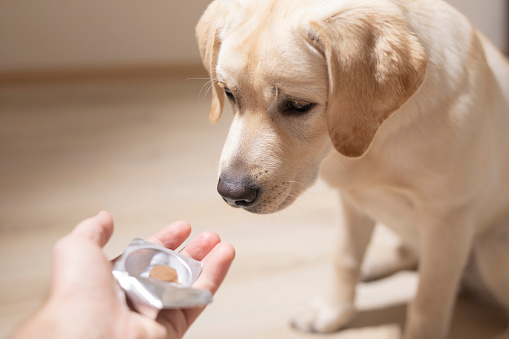 Whole food supplements, or glandular therapies, are supplements made from the glands, organs, or tissues of healthy animals. These supplements may be administered as whole fresh tissue or as tissue extracts. The purpose of supplementation is either to maintain the health of the corresponding tissue or organ, or to help improve the function of that organ in the patient.

What is the history of whole tissue supplementation in medicine and in veterinary medicine?

Glandular therapy and whole tissue supplementation have their roots in ancient cultures, as shown by the belief that the health or function of a specific body part could be enhanced by consuming the same organ from a specific animal. The practice was accepted to varying degrees as modern civilizations advanced. With the development of endocrinology (the study of hormones, glandular organs, and their function), and the understanding of the actions of hormones on the body, glandular therapy acquired a basis in science and gained popularity as a form of medical treatment. The modern use of thyroid hormone supplements in hypothyroid patients, and even porcine insulin in diabetics, can be seen as stemming from this historical practice.

As chemists and biochemists developed improved analytical and extraction methods, the medical profession embraced the use of pharmacologic doses of pure hormones and other pharmaceutical agents for therapy, either as natural or synthetic products, rather than "glandulars". Physiologists, nutritionists, and medical professionals accepted the idea that other tissue constituents such as proteins, fats, and carbohydrates were not absorbed intact, but were broken down into their amino acid, fatty acid, or simple sugar components. Consequently, the scientific community generally abandoned glandular therapy in favor of pure drug treatments.

The principal challenges to oral glandular therapy were the lack of evidence that large molecules were absorbed intact across the intestinal wall and the lack of evidence that ingested materials could exert specific effects (either sparing effects or healing effects) on target tissues. However, in the past few decades, researchers have demonstrated, through radioactive and dye studies, that large hormones, enzymes, proteins and peptides are routinely absorbed intact or only partially degraded and that these constituents can concentrate in target tissues.

"Laboratory studies have documented a more rapid uptake of tagged cells or their components by traumatized organs..."

Laboratory studies have documented a more rapid uptake of tagged cells or their components by traumatized organs than normal organs, and some studies show enhanced healing rates of damaged tissues. These observations have led to the resurgence of interest in whole food supplementation, or glandular therapy, as a method of promoting tissue sparing and cellular repair in specific disease states.

Veterinary use of whole tissue supplements has paralleled its use in the human field. In recent decades, holistic practitioners have begun to employ glandular therapy and whole tissue supplementation in immune-mediated and degenerative disorders, conditions that are often difficult to manage with conventional therapies.

How can glandular therapy benefit my pet?

"Low doses of supplemental enzymes and hormones...may have a sparing effect..."

Low doses of supplemental enzymes and hormones, such as the levels that would be found in these tissues or their extracts, may have a sparing effect on a patient with a functional problem such as hormone deficiency, by supplying an external source of the hormone without suppressing the body's natural production. This is in contrast to the use of high or pharmacologic doses of purified hormones, which are believed to inhibit further hormone production by the body itself.

Oral administration of tissue extracts from healthy sources may have the potential to slow the progression of degenerative disease or to promote healing of damaged tissues.

On which species of animals are glandular therapy or whole tissue supplementation practiced regularly?

Modern theories about the activity of glandular products are based on research in laboratory animal species. Glandular therapy has been demonstrated to be effective in treating problems with immune-mediated diseases and specific organ dysfunctions in the research laboratory.

"...no indication that tissues derived from one animal species are ineffective in a patient of other species."

Species variation in molecular composition is apparently not a limiting factor in most instances - in other words, there is no indication that tissues derived from one animal species are ineffective in a patient of other species.

The use of pancreatic enzyme supplementation from pancreatic tissue extracts is a common form of veterinary therapy for a condition in dogs known as Exocrine Pancreatic Deficiency. It was thought that the effect of the enzymes found in pancreatic tissue extract was limited to the lumen or inside of the intestinal tract, where local enzymatic digestion occurred. However, now there is evidence that the enzymes are reabsorbed and recirculated in the body (a process called enteropancreatic circulation). Once absorbed into the circulation, these enzymes may contribute to other reactions in other organs.

For the past several decades, a number of holistic veterinary practitioners have used glandular therapies for the treatment of companion animal patients, primarily dogs and cats. Most use oral freeze-dried concentrates of selected tissues to treat degenerative conditions. Clinical trials demonstrating efficacy have not yet been performed.

How successful is glandular therapy or whole tissue supplementation?

Research suggests that glandular therapy and whole tissue supplementation have the potential to be successful forms of therapy for immune-mediated diseases or degenerative conditions. Anecdotal evidence of success has been reported, but success rates have not been documented.

How safe is whole tissue supplementation or glandular therapy?

There are few, if any, side effects of this form of supplementation. Theoretically, patients sensitive to meat from certain species may exhibit allergic reactions to glandular extracts from the same species.

"...a small test dose should always be administered prior to administering full dose regimes."

Because of this potential, a small test dose should always be administered prior to administering full dose regimes. Glandular therapy or whole tissue supplementation may be contraindicated in severe kidney disease, liver failure, and acute infections. Its effect on pregnancy is unknown.

"There may be safety risks associated with the transfer of viruses..."

There may be safety risks associated with the transfer of viruses or other infectious agents from one species to another, especially when fresh tissues are fed. (Mad cow disease or bovine spongiform encephalopathy can be transmitted in this manner). It appears that freeze-drying may minimize some of these risks, while preserving the cellular contents.

What is the cost of whole food supplementation or glandular therapy?

The cost of this supplementation will depend upon the form of supplement that is used. Whole fresh tissues may be readily obtained and relatively inexpensive but may be less safe. Freeze-dried concentrates or extracts may be safer and may have more predictable consistency of contents, but are more costly.

Can whole food supplementation or glandular therapy be combined with other types of veterinary medicine?

There are no known concerns about combining this form of supplementation with other treatments. However, when multiple forms of therapy are used simultaneously, it can be difficult to know which treatment is producing which effect on the patient.

How do I know if glandular therapy is safe for use in my pet?

The best source of information about the safety of any supplement in domestic animals is your veterinarian. However, some veterinarians may not have an advanced knowledge of alternative treatments, in which case a referral to another practitioner with a reputation for knowledge about the use of glandular therapy may be recommended.

Pet owners should be aware that the quality of supplements can vary depending on the source and the manufacturer. Reputable manufacturers will provide detailed information about the product on the label or in a package insert. Veterinarians are often a good source of information about quality issues for individual products, and your veterinarian may have preferred brands of supplements that he or she will recommend, based on the manufacturer's reputation.